HomearticlesHow to teach children to express themselves properly when someone snatched items from him? Part 1

How to teach children to express themselves properly when someone snatched items from him? Part 1

Children with autism often face a lot of difficulties when playing with peer. It is not uncommon that our children do not know how to deal with situations when peers snatch toys that they are playing with. Each child is different, some may appear to be passive and do not do anything to respond; some may get agitated and have emotional meltdown; some may use extreme ways to get things back such as snatch things back, display aggression on peers.

In this article, we will discuss how to help children if they appeared to be passive when dealing with snatching. To develop their assertiveness systematically is the key.

Below are some simple practices you can do with children at home before the encounter of the real social situation.

1) Set up situation that child have desire, teach him to make choice 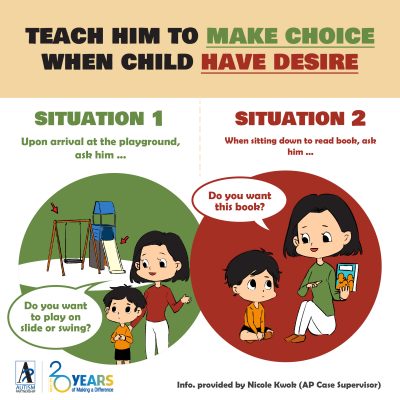 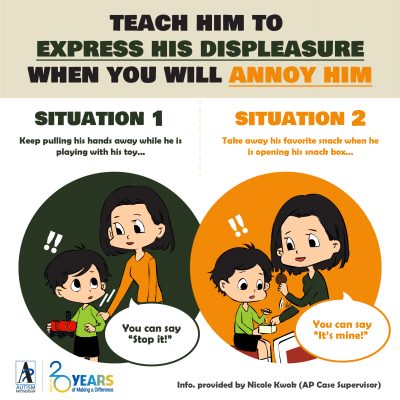 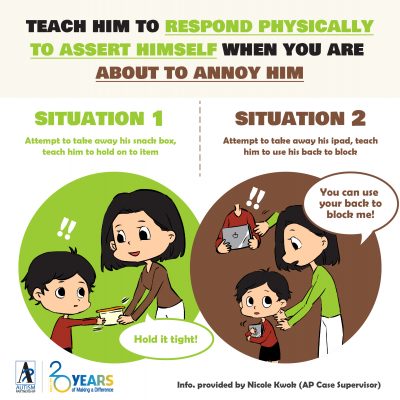 When children get familiar with the choice making and able to express his displeasure more consistently, the snatching situation can be simulated by varying location, material, and presence of peer. For example, if you have been practicing assertiveness using a toy train at home, bring the toy train to the social situation, first have an adult to snatch; if the child is assertive, move on to have a peer to do the snatching. With systematical practice, children will have higher awareness towards these social situations, allowing more independent participation and less likely to be victimized.

How to teach children to express themselves properly when someone snatched items from him? Part 1

How To Increase Children’s Initiation In Daily Life: Preschoolers

How to teach children to express themselves properly when someone snatched items from him? Part 2